‘Reaching for The Moon’ got an award!

My latest CD ‘Reaching for The Moon’ (released late 2013) won an international award- and I am now officially able to announce it. It is higher than all the previous awards. My previous three albums each won Honours in the ‘Storytelling World Awards’ which is runner up. This album has WON the category, alongside internationally renowned storytellers like Elisa Pearmaine and Dianne de Las Casas. A great honour indeed! 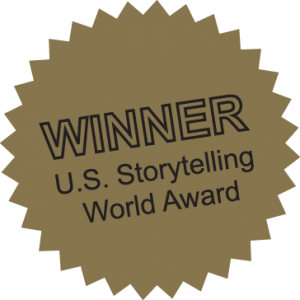 YIPPEE!! Thanks Storytelling World Awards and Dr Flora Joy who co-ordinates it!