‘Local storytellers, bards, fablers, yarn-spinners and raconteurs, take note: a new storytelling festival needs you! ‘The Golden Tale Local Stories Competition’ will be one of many exciting story events planned for the inaugural ‘Festival of the Golden Tale’, which will be staged around the Old and Gold Festival in Brunswick Heads. You are invited to submit a 5 to 8 minute story set in the Brunswick Valley.’  So read the Old and Gold website press release. 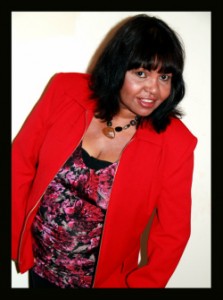 On Sunday evening, June 7, the Byron Circle of Tellers hosted our inaugural Golden Tales Concert. (We held other story events also, which I will write about elsewhere.) We held the concert one day after the local Old and Gold Festival, because ‘Old and Gold’ celebrates history, bric-a-brac, antiques and all things ancient, historical and retro, so we thought it certainly needed some storytelling! Also there are many great stories in the community, but few live public forums to share them in. We were extremely pleased with how well it went!

Over 60 people came. This felt like a very healthy attendance for a cold winter’s night and a first off event. The tales from a traditional Aboriginal custodian, members of the community and two Byron Circle tellers, were all heartwarming, beautifully woven and diverse. (Scroll to the bottom of this post for an image gallery from the evening.) 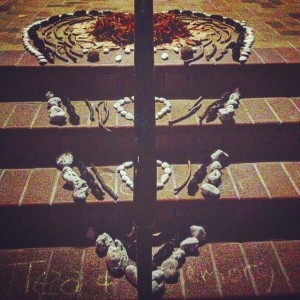 Transforming an ordinary community hall into a place with the right atmosphere for a story concert, especially in mid-winter, takes a little effort and thought. Byron Circle of Tellers member, Jacquelina Wills made one of her amazing natural mandala’s for the front steps of the Brunswick Memorial Hall to welcome people as they arrived. She also lead her friend Wolf, his son Ben and the Byron Circle of Tellers to lovingly arrange all the bits we had brought from home: chairs, lamps, lanterns, candles, curtains, heaters, rugs, cushions and throws- to make the hall feel like a warm, cosy, comfy lounge room.

Meanwhile, Helen Hamilton co-ordinated her cheerful team of Liberation Larder volunteers to provide curries and cake. Tantalising aromas wafted about the hall, amplifying the cosy atmosphere. The food was delicious, affordable and satisfying. It was a great feeling knowing we were supporting such an important cause! (The Liberation Larder volunteers said they enjoyed themselves and were also happy that they made over $500. Liberation Larder began in Byron Bay Community Centre but are expanding to offer their services in Brunswick Heads. Find out more about their great work here.)

We felt enormously honoured that Lois Cook, Nyangbul storyteller and traditional custodian, took the trouble to travel to our inaugural concert with her daughter, Yohanna. Lois gave us a welcome to country and then told us two Bunjalung stories from her tradition: the Three Brothers and the romantic story of Julian Rocks. Lois is an elegant and powerful storyteller. Her profound connection to country set a rich, deep tone for the entire evening.

Lois was recently featured on ABC TV in an exquisitely made and profoundly important, mini-documentary, “Babe in the reeds: a story of massacres and resilience” . The Byron Circle of Tellers feel it is a must see for everyone who lives in our region. In it, Lois and her extended family, tell the story of Lois’ great grandfather Bubba Jack Cook and his people. Yohanna is one of the actors in the video also. Read more at my next blog, “Buried trauma in the Australian story”.

You can also hear Lois talking to Teeya and Annie and telling a story on the first episode of Bay FM show “The Heart of the Story” (at 3 mins) here. Her website is Aboriginal Cultural Concepts and her tours are highly recommended.

Kelly Dodd, also known as a member of the very retro and funky dance group, The Cassettes, told “It’s my Birthday”. We heard of Kelly’s fascinating grandmother, a devout Christian, who lived in Brunswick Heads, made beautiful hats and from time to time also entertained the infamous Tilly Devine, the Sydney Bordello Queen of the 1920’s- along with her well armed henchmen! As Kelly told her story, she modelled some of her grandmother’s elegant hat creations! 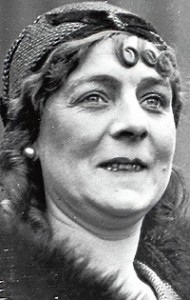 Here is an excerpt: ‘Tilly would pull up out the front in a huge Stutz automobile. She was a flashy dresser, clad in fur with ripples of blonde kink curls and cupid red lips. Dad said Tilly was a strange, severe, unemotional person. She always had two henchmen with her. Dad said Mother would call down from the balcony ‘ Tilly, why don’t you invite your friends inside for a cuppa and a pumpkin scone?’ But they always stayed outside to keep a look out. Dad said they had pistols.’ 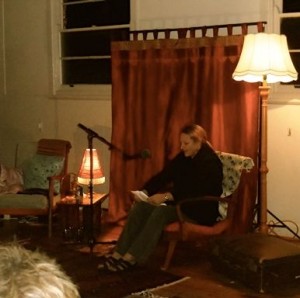 Rochelle Ferris (daughter of Lance Ferris) of Australian Sea Bird Rescue (ASR) took us deep under the water at Julian Rocks, enchanting us with a tales of the creature which appeared out of the dark to stare into her eyes. At first she was scared it was a shark come to eat her but soon as she and the creatures made eye contact that feeling passed and she felt she could stay down there forever.

Bere as MC asked the audience to turn to their neighbour and have a chat about any memories or stories triggered by the stories they had just heard. Happy chatter reverberated through the room as people told their stories and anecdotes.

Next, Susan Perrow told “A Cup Of Tea, a Banana Shed and a Moonstone Bracelet” about her experience of the flood of 1974 here in Byron Shire. Susan is a well known community member, internationally renowned author and teacher of therapeutic storytelling and a beloved member of the Byron Circle of Tellers. Here is an excerpt of her story:

‘While we were sipping tea, it began to rain. This rain was not ordinary afternoon rain– it was as if a dam in the sky had opened and was pouring down on us like a vertical river. While our friends were busy finding pots and bowls to catch the leaks in the shed roof and walls, our thoughts turned to ‘home’!’

Amber Alley told a beautiful tale of her adventures catching public transport in our region after her car broke down. She introduced us to some of the quirky and angelic characters she met along the way.

Next, Teeya Blatt told an extremely poignant, true story: “The Heart Don’t Die”. Teeya gained permission from the family involved before telling it publicly. She threw herself deeply into the tale, by telling in role as an old local man. Teeya is a member of the Byron Circle of Tellers, co-hosted the “Heart of the Story” on Bay FM and developed a powerful program “From Heroes into Men” for boys. Find out more here. 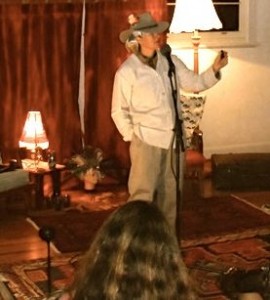 Rob Gibson, a local performance poet, was our last teller for the evening. He told ‘Snake Bite Days’ about the original snake man, Morrisey who has been immortalized in the Brunswick Historical Society at the Mullumbimby Museum. Here is an extract from Rob’s entertaining tale. 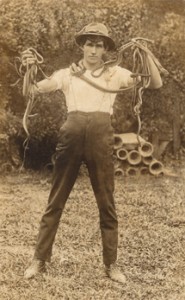 Morrissey, our local snake man Thanks to Mullum Museum for image

‘Now it stands to reason that if you cut down a mighty forest, like that Big Scrub, then you’re going to turn up a lot of snakes – Joey Blakes. At the start of the last century this place was crawling with them! And some enterprising chaps profited from that abundance.’ Thanks to Mullumbimby Museum for the photo to the right.

At the end of the concert, I asked the audience if they wanted Golden Tales to become a regular event. There was an enthusiastic chorus of ‘YEEEEES!!!’.

Special thanks to tellers Lois Cook, Kelly Dodd, Amber Alley, Susan Perrow, Teeya Blatt and Rob Gibson. Thanks to Jacquelina Wills, Wolf and Ben who helped style up the set and also create a welcome mandala on the steps and then whisked it quickly away at the end!

Thanks to Byron Circle of Tellers, Bere who co-MC-ed, Annie Bryant who made posters and Teeya who helped with organisation, Susan who did the door brilliantly and William Martin who recorded for Bay FM. The recordings of the stories will be posted online soon.

Thanks to everyone who came also- what a willing open-hearted, receptive audience!

Have you got a story to tell?

Our next Golden Tales Concert will be on Sunday, September 20 at the Brunswick Heads Memorial Hall.

* The ABC site describes the mini-documentary like this: “Lois takes us on a history detective mission to track down people and documents to find out if her family’s oral history is supported by other accounts from the 19th century. This video was created by Lois Cook and her family in an unique collaboration with ABC Executive Producer, Catherine Marciniak… Lois and Lewis Cook and their extended family for sharing this story of great sadness.” * Lois was the Producer, Co-writer, Interviewer, Researcher and Casting

I am enormously grateful that this documentary was made. I have watched it several times and feel the need to watch it a lot more, because the reality is so overwhelming, part of me forgets it. But I don’t want to forget. Knowing the true stories of our country and our region is profoundly important if we are to properly relate to and become protectors of this landscape, her traditional custodians and everyone and everything on it and in it.

If you are interested in the influence of the suppression of the true history of white invasion on our collective Australian storytelling and identity, you want to read or listen to “Is there an Australian Fairytale?” by famous Australian author, Carmel Bird. I believe her speech, given as a  key-note at the Inaugural Fairy Tale Conference in Sydney in 2014 is ground breaking. John Imbrogno (fellow member of the Byron Circle of Tellers) and I had the privilege of being at the Conference to hear her live, but you can watch the video or read the text. You can listen to the video here: “Is there an Australian Fairytale?” or read Carmel’s text here. (Thanks to Carmel for making this available.)

Carmel has also written a related piece called “Dreaming the Place” for the Griffith Review edition “Once Upon a Time in Oz” which she co-edited.

You can watch more videos from the Australian Fairy Tale Society 2014 Conference here.

I presented at the AFTS 2015 Conference and will post links of the new videos once available. 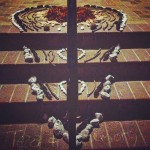 Susan Perrow, Byron Circle of Tellers member loves being on the door! 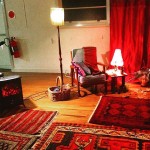 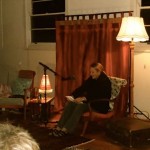