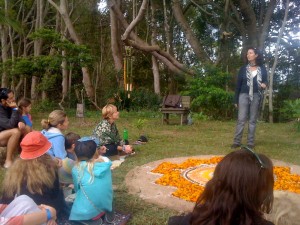 On September 7, I again had the pleasure of telling stories at the at the Mullumbimby Community Gardens. Last year I told stories with help from musician Greg Sheehan and my daughter Layla. This year, I was joined by my friends, Teeya Blatt and Jacquelina Wills who are fellow members of the Byron Circle of Tellers.

We told in front of this exquisite mandala created by Jacquelina, who was one of the original co-founders of the Community Gardens! Teeya told an original story called ‘Little Pink Feet’ which supports the Boys Blessing Ceremony in her boy-to-manhood program, ‘From Heroes Into Men’, and also retold Evette Weyers ‘Eve’. Teeya is also co-host of ‘The Heart of the Story’ on Bay FM radio, and took some of these photos. 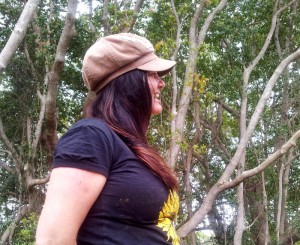 Jacquelina Wills, a co-founder of the Mullumbimby Community Gardens, creator of the beautiful Earth mandala’s and member of the Byron Circle of Tellers explains the story and significance of the patterns. 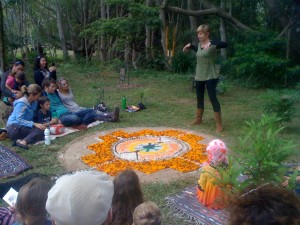 Later, in honour of the snake in the mandala I told the story of ‘The Dreams and the Snake’ which was told to me by Lynne Preston, another Byron Circle of Tellers member. (Thanks Lynne!)

What I found life changing, was hearing Clive Hamilton say that with respect to climate change, he is terrified. When I think about it clearly, I am too, but mostly I try not to think that hard about it. I just try to do as much as I can. But hearing him say so frankly, that impacted me deeply. Globally, we are already experiencing the catastrophic impacts of climate change. Developing countries are bearing the brunt much more than us. Hearing Clive made me re-evaluate all my plans for the next few years, and focus on doing the most I can with the skills I have hasten the shift to a sustainable economy and way of life. 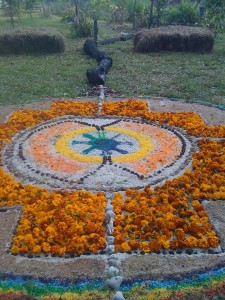 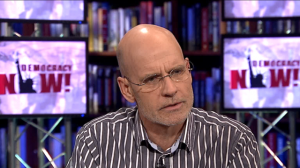