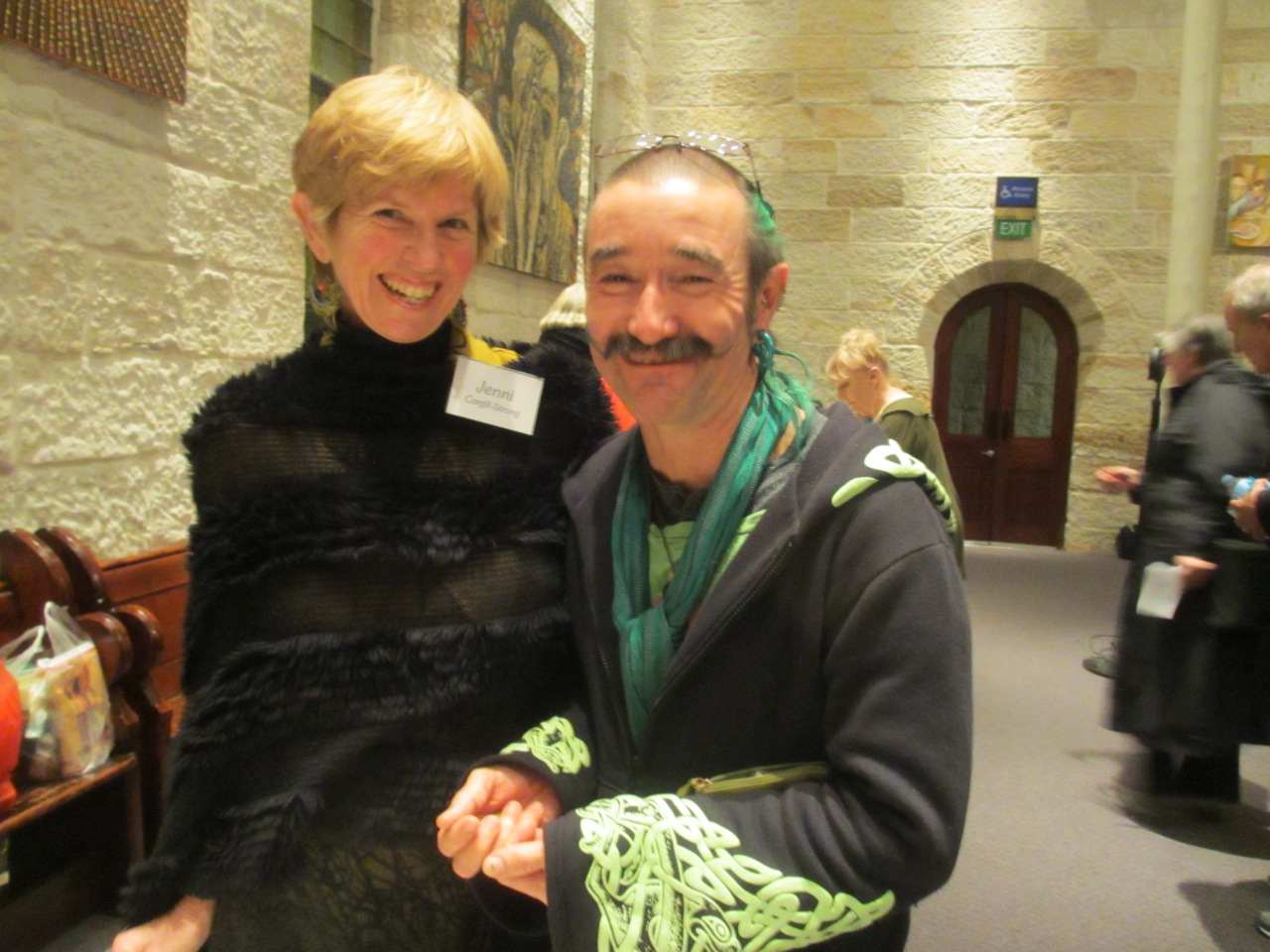 After the stupendously enriching International Storytelling Conference, which ended on a Sunday June 8, some of us lucky ducks got to immediately swan off to the ‘The Inaugural Australian Fairy Tale Conference’ (or AFTS Conference) in Sydney on the Monday June 10, as we had a long weekend, thanks to the Queen’s Birthday.

The Australian Fairy Tale Society was dreamed up by storytellers Jo Henwood and Reilly Mc Carron. Almost as soon as they dreamed it up, they made it a reality. It was breathtaking to watch their genius and creativity unfold and quickly we all got to benefit from their commitment and dedication by attending their first Conference. They chose a magical venue: the historic Paddington Uniting Church, near the heart of Sydney. They even scored Jack Zipes, (the male rock star of fairytale academic writing) as a Founding Member! [So I think it follows, ipso facto, that since I am also a Founding Member, I have one more thing in common with Jack Zipes- apart from a love of folk tales and a particular passion for the ancient version of Red Riding Hood: ‘Le Histoire du Grandmere’. 🙂 But I digress!] You can read more about the content of the Conference here from Robyn Floyd who gave us a fascinating presentation (in costume!) and/or watch a short slideshow created by the fabulous Jackie Kerin here. Thang Luong (see below) writer of ‘Refugee Wolf’ (which Carmel Bird praised), also wrote a blog about it as did the Monash Fairy Tale salon here.

Here are some images from that Conference in Paddington, of which I was an enthusiastic and excited participant. It felt like we were making history. Carmel Bird was our keynote speaker and what a groundbreaking keynote it was!! Here is the video of that keynote “Is there an Australian Fairytale?”.

Here is the video of the panel, I was on with Kate Forsyth, Rebecca-Anne Do Rozario and Thang D. Luong and chaired by Jackie Kerin: “Cultural Editing: How Some Fairytales get Lost in the Woods.”

I believe all the papers that were presented will be at some time published, so I’ll add the link here when that happens. 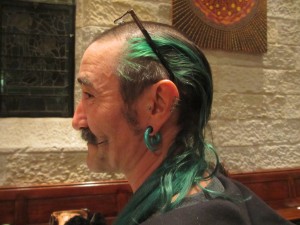 Les and his artful green look at AFTS Conference 2014 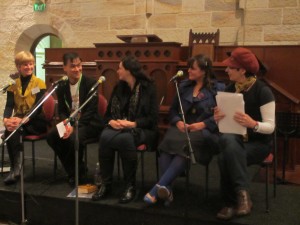 Jenni on the AFTS panel

Right: Me on a discussion panel with author Kate Forsyth, academic Dr Rebecca-Anne de Rosario; Thang Luong, a writer and lawyer of Vietnamese origin and Jackie Kerin, my storytelling colleague extraordinaire from Victoria as MC.