The Legend of the Big Dipper’ a story of kindness, sacred water and stars 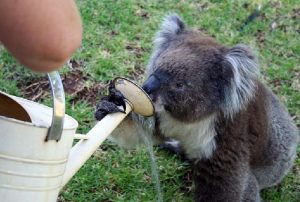 Koala asks for water in a drought

For me, it is the end of an era. My hard-copy story CD’s are nearly out of stock. So to celebrate, I am releasing one super short (roughly 2 mins) video a day starting TODAY, in which I explain seven of my recorded stories and how I think they may be helpful to your child and family.

THE GIFT OF STORY VIDEO 1: A story set in a drought
In this video, I introduce ‘The Legend of the Big Dipper’, a European folktale that explains the origin of the star constellation. I rewove it in 2013 and set in Australia during a drought. As I explain in the video, the sentiments and ethics expressed in this beautiful story are particularly poignant and relevant right now. Though some regions of Australia, including mine (Northern Rivers, NSW) have just received the blessing of some good soaking rain, much of Australia is still enduring a record drought, countless bushfires are raging and more dry weather and heatwaves are predicted for this Summer. I filmed myself in front of a very small cliff because in the story, a little girl finds freshwater on a hill in the bush, dripping from a ‘seep’ at a place I imagine to be similar. This link is to YouTube, but you can also find it on my Storytree Tales FB page here.

Now is the time to take action! Visit the Story Tree Store now. 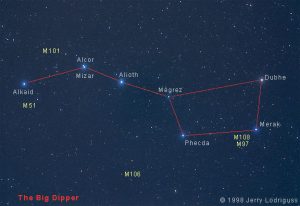