‘The Penetrating Skill of True Listening Forgotten’ by Laura Simms

This is a response from Laura Simms to the situation unfolding in Ferguson, which is now reverberating through many parts of the US and the world. Laura is an award-winning storyteller, recording artist, teacher, writer and humanitarian based in New York City. She is also a founding member of the Healing Story Alliance. I am an avid fan of hers. Thanks to Laura for allowing me to repost this piece.

‘Listening to the radio in a taxi last evening about the pent up outrage and demonstrations in Ferguson, I wept. I wept for everyone. The taxi driver, whose erratic driving was frightening, pulled over. He was also effected by the news. I never asked what side he was on. We just sat for a moment. We paused. Then continued to a destination. We are ignoring the chance to apply the alchemy of deep justice, to apply a pause in reactions in order to see the bigger story that needs healing. That story is very old. To reveal it is stronger than judgement, punishment, or revenge. A judge, a jury, lawyers, all parties and public need help. A true judge might h 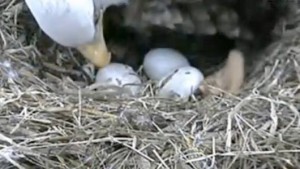 ave spoken about the consequences and the causes of the murder. Seen beyond what he assumed is the law to a larger law. he or she might have created a new kind of justice of human kindness so a community could begin to work on the mutual act of reconciliation and use this dreadful situation for the long repair. There is an opportunity to acknowledge the festering deep wound of inequality, brutality and mistrust that lives in all of us. The stakes are bigger than one man’s guilt or punishment.

I am reminded of telling a story, told to me by a great musician/storyteller from Zimbabwe, to a group of adults. Ephat Mujuru (years before) said to me after the tale that it was about the “origin of murder.” For a long time I ended the tale with that addendum. And then I stopped doing that. His listening to a story was different than my audiences, or mine. He listened into the conundrum of the interdependent pieces of the story. But for my listeners, my addendum didn’t provide a revelation it fed the fuel of interpreting the story through that filter of pointed out meaning erasing the actual experience that each person had. A great story functions not to bring us to a neat outcome or moral conclusion, but as an event that allows us to feel into and become all sides of the picture. A great story provokes us into deeper kindness and listening where we find ourselves in the story.

During a storytelling (years later when I told the story as an example of social action and narrative) the profound situation of the events came alive within each of us as the story was being told and imagined and felt. The silence of being in the whole reciprocity of the tale was palpable shared compassion. My intention was to invite a conversation following. One person, able only to react to the literal words of the text as a justification for rage against men, argued her rightness immediatly. She did not wait for my instruction to be fully heard. The conversation blocked. In a habit of upholding opinions, of being right, people took sides. It was vehement; ultimately futile. It was also the point of the exercise. We enacted the events of the story. It took a long time before I could add a spice to the arguement ( point out another point of view neither right nor wrong) and shift us back into a conversation. We began, reluctantly at first, in a process of seeing/hearing multiple points of view grown from different experiences and trainings and beliefs expressed in the events. We used the story as our mirror.

Pulling opinions off of soapbox reactivity can be as agonizing as pulling a bandaid off an open wound. But without fresh air and time, the wound does not heal from within. We managed to listen to each other. Our dialogue became stunning and hard. We had to agree to consider each person’s reflection. With space, and with listening, and with a certain personal discipline, each of us began to melt. Our differences and our listening became our common ground.’ (This is Part I of a blog to be posted at Laura’s blog The Illuminated Story) 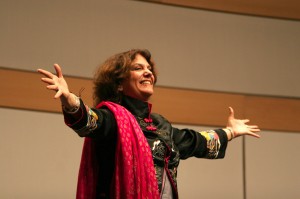