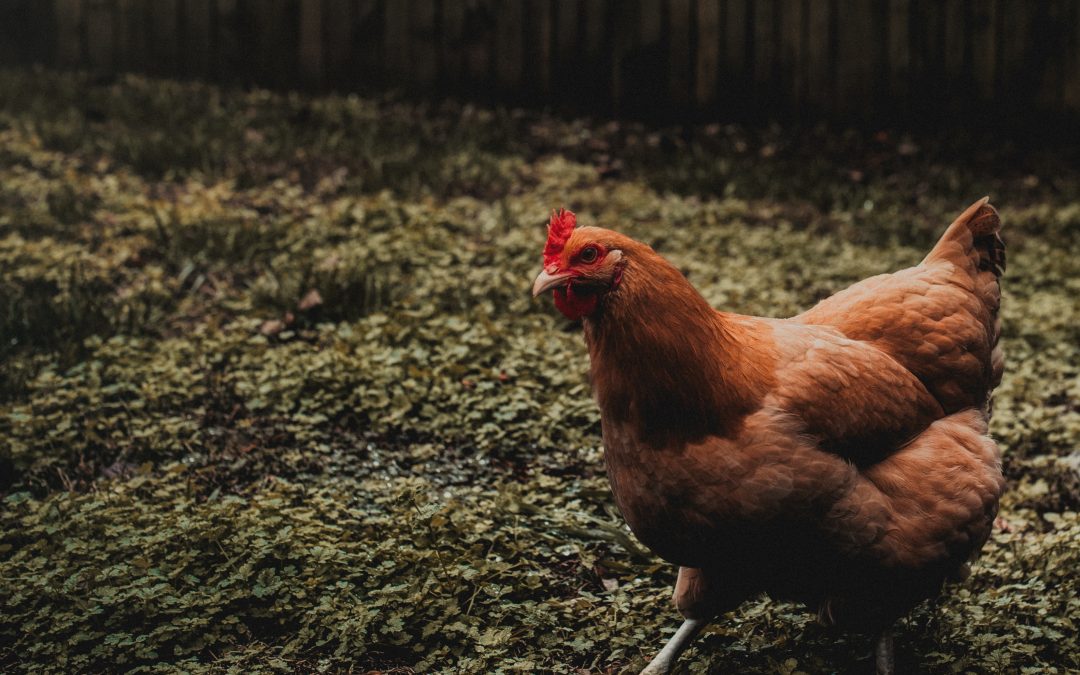 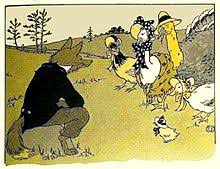 How can a simple old folktale be useful for activists and changemakers in complex modern crises? In tabloid papers, Chicken Little has at times been used by cartoonists in extremely dismissive and sometimes savage ways to imply that environmentalists warning of ecological collapse and climate change are as foolish as Chicken Little. I can understand how that could put some people off the tale! I still find the story endearing and for me, the fable is a valuable reminder of what not to do when I come across challenging environmental news and helps me think about how to communicate such a story.

Folktales can certainly be enjoyed just as entertainment. We all need to decompress and relax, and in times of crisis, we need this all the more. But good stories can be more than entertainment. They can be road maps for life if we learn how to make sense of their wisdom, though interpreting a story is far more subjective than reading a map. Even many simple stories have multiple layers and can be applied in a myriad of ways. Different people will understand the story differently. That is the beauty of metaphor. To prescribe a single definitive meaning for a story is to clip its wondrous wings. If allowed to, a story may fly within each of us uniquely. I will share the three ways I draw on this story in times of crisis.

The phrase ‘the sky is falling’ comes from the English folktale ‘Chicken Licken’. The main character gets hit on the head by an acorn but assumes the knock was caused by the sky falling. She runs about in panic and dread, declaring, ‘The sky is falling! The sky is falling!’ Her farmyard friends decide to accompany her to inform the King of this terrible news, though no-one thinks to question Chicken Licken’s original assumption. As night begins to fall, Foxy Loxy charmingly invites the travelers to sleep in his den overnight. They accept, but at dawn to her horror, Chicken Licken discovers that several of her companions have become dinner for Foxy Loxy and his family. (1) The story originated from an ancient Buddhist Jakarta tale. More on that later. When the story traveled to the US it became Chicken Little. Disney made a cartoon film by the same name.

Nostradamus and My Teenage Fears 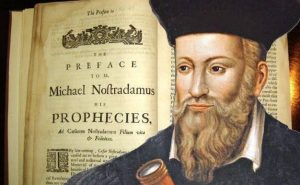 Nostradamus and his Prophecies

When I was 15, it was the late eighties and we were constantly hearing about the massive global stockpile of nuclear weapons and ‘mutually assured destruction’. One night my Mum and I watched a TV show about the Nostradamus Prophecies. His medieval poetic verses were interpreted to fit current events. By the end of the program, I was convinced his predictions were accurate and within five years the Eagle (the US) was going to engage in nuclear warfare with the Bear (USSR). When after five years, nuclear winter had been averted and I was very much alive, I realised not all prophecies are accurate, even the plausible ones! If as a student, I had been trained in critical thinking skills, as happens in Finland, I may have discerned the faulty logic in that TV show and thereby avoided several years of low-level despair. (2)

In the Information Age, we have access to far more news than we can possibly cope with emotionally, let alone actively respond to. And the news seems to be getting bleaker with each passing year. If you are following any amount of news at all, you’ll be aware that modern humans have no shortage of big things to worry about: from environmental disasters, to talk of war, the development of AI, to the rise of populist far-right politics. To add to the stress, unless you’re a specialist in the field you are reading about, it can be challenging to discriminate between what is fact – ie an acorn falling on our head, from what is a distortion –  ie a falling sky. Furthermore, with seismic, environmental and social changes unfolding around the globe, it can feel a bit like the sky is falling. That is, things you took for granted can’t be taken for granted anymore. We can wind up feeling overwhelmed, which can lead to despair and the desire to withdraw or numb out.

However, if the ‘acorn’ has been objectively studied and the sky is falling, doing something constructive in response, preferably in collaboration with others, is far more likely to make me feel better than worrying at home alone in front of my computer screen. At the same time, I need to participate in activism in a sustainable way, so I don’t burn out. I can’t do it all, so I need to focus on what I can do, so I can not only keep taking action, but enjoy my life and be an asset to my family and community.

Since the seventies, various practices have been developed to respond to activist burnout and rising ‘eco-anxiety’. Buddhist meditator and activist Joanna Macy developed ‘The Work that Reconnects’, ‘a form of group work designed to foster the desire and ability to take part in the healing of our world’. In Australia, ecopsychologist Dr. Eshana Bragg co-created Joyality Resilience Training with former student, Rachel MacKenzie-Taylor. It is a program that draws on ecopsychology as well as The Work that Reconnects brings activists together in circles.

Dealing with the Foxy Loxy, Misinformation and other Predators

One way of thinking of Foxy Loxy is, as a symbol of those who appear to be friendly but are actually pedaling misinformation which could lead us to our doom. If as activists and changemakers, we want to help people see the real as opposed to imagined dangers, recent research can help us (3). If we try to change people’s opinions too forcefully about acorns and falling skies, we can create a rebound effect. That is they may become even more attached to the ‘truth’ of misinformation. Some would say that environmental scientists chronically underreported the dangers they foresaw decades ago because they were afraid of being called Chicken Little. So we need to tread a middle path. A key element of helping people see through fake news is to educate them ahead of time regarding what disinformation they are likely to encounter and why it is wrong. Then they are less likely to accept it as true.

Whenever one reweaves a folktale, it is good practice to explore several versions. My understanding of Chicken Licken was expanded when I discovered it evolved from an ancient Jakarta tale called ‘The Sound that Hare Heard’. In it, the Buddha is asked if some highly ascetic religious practices had any value. He indicated that they didn’t by comparing them to ‘the noise hare heard’. He then relates the story, in which hare hears a fruit thud onto the ground, decides the world is ending and starts a stampede among the animals: herds of deer, boars, elk, buffaloes, wild oxen, and rhinoceroses, a family of tigers and some elephants. Lion perceives what is happening and acts quickly. He roars three times to stop them just as they were about to plunge off a cliff. He investigates what caused their panic, explains their wrong assumptions, then kindly reassures them all. At the end of the story, the Buddha reveals that he was Lion in a previous life. The fable has a similar lesson to Chicken Licken, but the wise Lion character spells out more clearly the need for deductive reasoning and fact-checking.

These are the ways I draw on Chicken Licken in times of crisis and why I believe that old fables can be highly relevant for change-makers even in a complex, modern crisis, delivering far more than mere amusement. ‘Chicken Little’, ‘The Sound that Hare Heard’ and related tales can become a conceptual framework for our communication.

So when it seems the sky is falling, I give myself space to express my feelings, then I remember Lion so I can stay calm, grounded and keep taking strategic action. Perhaps one story at a time, one action at a time, we can transform fears into positive action, heal that which is falling apart and nurture vast healthy forests of acorns, fruit, and nuts.

Stories for a More Beautiful World

I lead online storytelling workshops for changemakers, educators, activists and healers called ‘Stories for a More Beautiful World’. Details at my Workshops page.

(1) Chicken Licken as collected by English folklorist Joseph Jacobs. Listen to a version of Chicken Little recorded by Story Nory. There is also a Brer Rabbit version.

(2) Article: ‘How Finland starts its fight against fake news in primary schools’, The Guardian

(3) ‘We have the vaccine for climate disinformation let’s use it’, The Conversation.

‘Humans are hardwired to dismiss facts that don’t fit their worldview’, The Conversation