At the recent Inaugural Australian Fairy Tale Conference in Sydney, (AFTS) Jo Henwood, not only told a stupendous Australian version of Thumbelina, she also  proposed the brilliant idea of national ‘Fairy Tale Rings’. Below is an excerpt of what she proposed. Some groups have already been held. My local closed story group in Byron Shire will meet this Thursday to discuss Hansel and Gretel and I will post our ideas later. I may open an open group for the following circle in October but didn’t get time to organise anything this time, what with Book Week business…Jo wrote:

The Fairy Tale Rings are the local and specific responses to the general Objectives of the AFTS. Every second month of the year  (August, October, December, February, April ) will be the time for local Fairy Tale Rings to meet at whatever day or date suits them.

At that bimonthly meeting each Ring will be investigating the same fairy tale type, so that every two months a collection of material can be added to the AFTS website which will contribute to a deep understanding of fairy tales.  This will not prevent anyone from contributing  their research on that particular fairy tale type at whatever time suits them.

Hansel and Gretel and the Australian ‘Babes in the Wood’

AFTS member Toby Eccles, who presented a paper on Australian stories at the Conference, recently posted some fascinating links to true stories of lost children. A fascinating article in The Age  and a few songs. 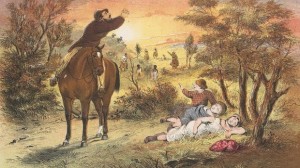 The Duff children lost in the bush. Photo: State Library of Victoria

And for anyone interested in the links to the Australian folk music tradition, the song ‘Babes in the Wood’ has been recorded from the Australian oral tradition (interesting variation to the English versions of the song), and was popular as a Varsovienna dance tune in the Australian Old Time dance music tradition. The historical story of the lost children from the Wimmera may have resonated with people because of the popularity of this song, or perhaps the song/tune got popular here partly as a result of the fascination with the Wimmera story. There are English versions of the story, at least one of which is published in Katherine Briggs’ ‘Dictionary of British Folktales in the English Language’.

The first link is to folk singer Martyn Wyndham-Read singing the Australian version of the song. The second and third links are to the National Library of Australia’s oral history/folk music catalogue, both with Old Time musicians playing the Babes in the Wood Varsovienna (amongst other tunes).

Thanks Toby! I think a new age of Australian folk and fairy tales is dawning!! 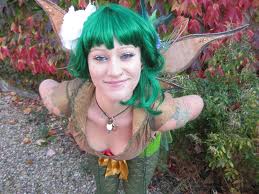